Smart Mattresses With “Infidelity Detection Systems” : the Internet of Things & the Law 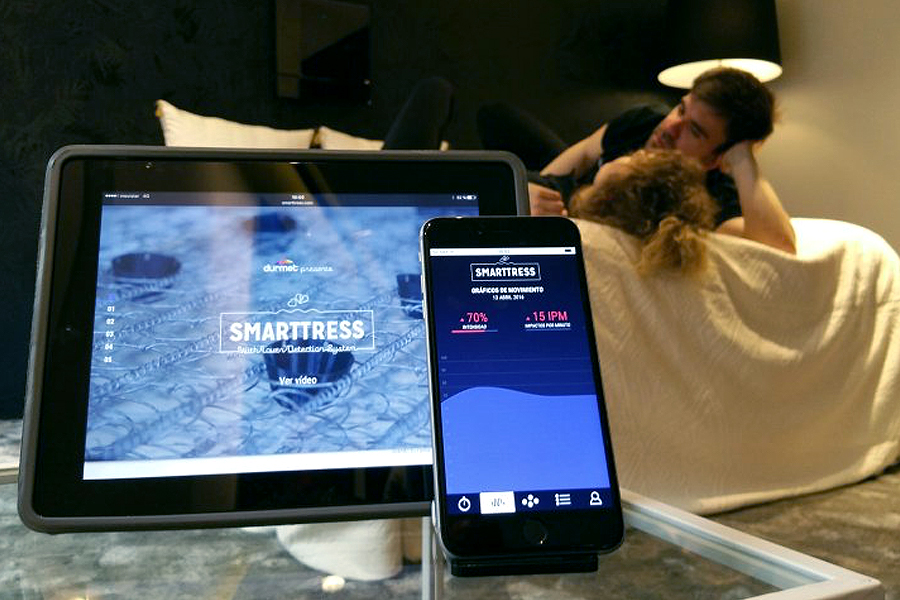 In the market for a smart mattress that alerts your mobile phone whenever someone is using your bed in a questionable way? Well, of course, there’s an app for that. The smart mattress, advertised as the Smarttress, is currently being marketed and sold by Durmet, a Spanish Company. Billed as the first mattress that detects deception, the Smarttress has sensors within the springs that detect vibration and also has detectors that monitor contact zones. The information and data is then transmitted to an app on the user’s phone. According to the company’s website, the mobile phone application has many features that measure and present the data collected, including a speedometer, graphs that indicate the intensity and impact per minute and pressure points within the mattress. Regardless of your opinion of the Smarttress, the trajectory is apparent, more of the everyday “things” that surround us will soon be brought online. The implications of the expansive interconnectedness of “things” are numerous and impact everyday life in many ways.

The Internet of Things

Physical objects (such as mattresses) that are embedded with software, sensors, and network connectivity to share data, are collectively being identified as “The Internet of Things”. From coffee makers and refrigerators, to vodka bottles, cars and houses, more everyday objects are coming online and scheduled to be connected in the future. The possibilities are endless.

Coming to a Courtroom Near You

When it comes to the justice system, whether a civil case or a criminal case, evidence matters. The more evidence that is available for a jury to review, the more accurate the result will likely be. The Internet of Things provides a potential treasure trove of data that may make or break a client’s case or save a Defendant from a wrongful conviction. For example, it was not long ago when an alibi defense could be presented by way of testimony, or perhaps a receipt, or even a time card. Now, if a suspect has an alibi, it would be the rare case that the alibi could not be established by way of objective digital evidence. First, there are digital cameras nearly everywhere in our society that can capture a person’s location. Second, the most basic smart phone can be geolocated via cell towers or can contain data that can be extracted forensically to identify locations at various points and times. Going forward, maybe something as innocuous and unsuspecting as a mattress or coffee maker could be used to establish a person’s location on a specific date and time (My client was in bed at that time and I can prove it). Connected devices can serve as “witnesses” and evidence for the defense or the prosecution. Recently it was reported that data extracted from a person’s Fitbit was used in a case to demonstrate that the individual was not as active as they claimed to be prior to an injury sustained.

It is important for attorneys to think outside the box and consider the digital evidence that surrounds their client’s case. If you need to establish or confirm a timeline of events, you have to consider the evidence that may be available from the connected objects in the ever expanding Internet of Things that is currently engulfing our society.